Bern, 18.01.2023 - Federal Councillor Karin Keller-Sutter met several finance ministers from EU member states as well as the EU Commissioner for Economy at the World Economic Forum (WEF) Annual Meeting in Davos, and discussed bilateral financial and tax issues as well as the implementation of global financial and tax standards. The economic and financial consequences of the Russian aggression against Ukraine were likewise addressed, as was the reconstruction of Ukraine.

"These meetings are important for Switzerland as a very open and internationally interconnected economy with a major financial sector and its own currency. Aside from international networking, the focus is on reaffirming Switzerland's multilateral commitment, addressing international financial and tax issues, and defending Swiss interests", emphasised the Head of the Federal Department of Finance.

Federal Councillors Guy Parmelin and Karin Keller-Sutter discussed the implementation of the OECD minimum tax rate for international companies with OECD Secretary-General Mathias Cormann. Switzerland will keep a close eye on international developments. Such international developments were likewise addressed during the exchanges with the Senior Minister of Singapore, Tharman Shanmugaratnam, and the EU Commissioner for Economy, Paolo Gentiloni.

Looking ahead to Brazil's Presidency of the G20, the talks with Brazilian Finance Minister Fernando Haddad primarily concerned financial issues in the G20. Furthermore, the intensification of financial and economic bilateral cooperation was discussed with the Qatari Minister of Finance, Ali bin Ahmed Al Kuwari. During the meeting with China's top economic official, Vice-Premier Liu He, both sides acknowledged the opportunities presented by mutual market access and spoke about increased cooperation between central banks and supervisory authorities. 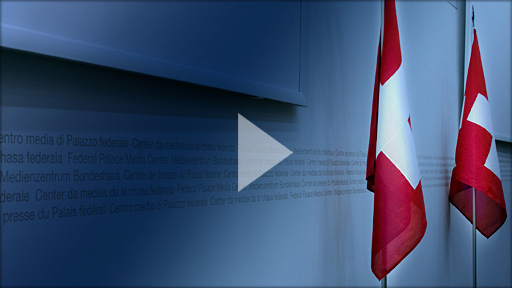